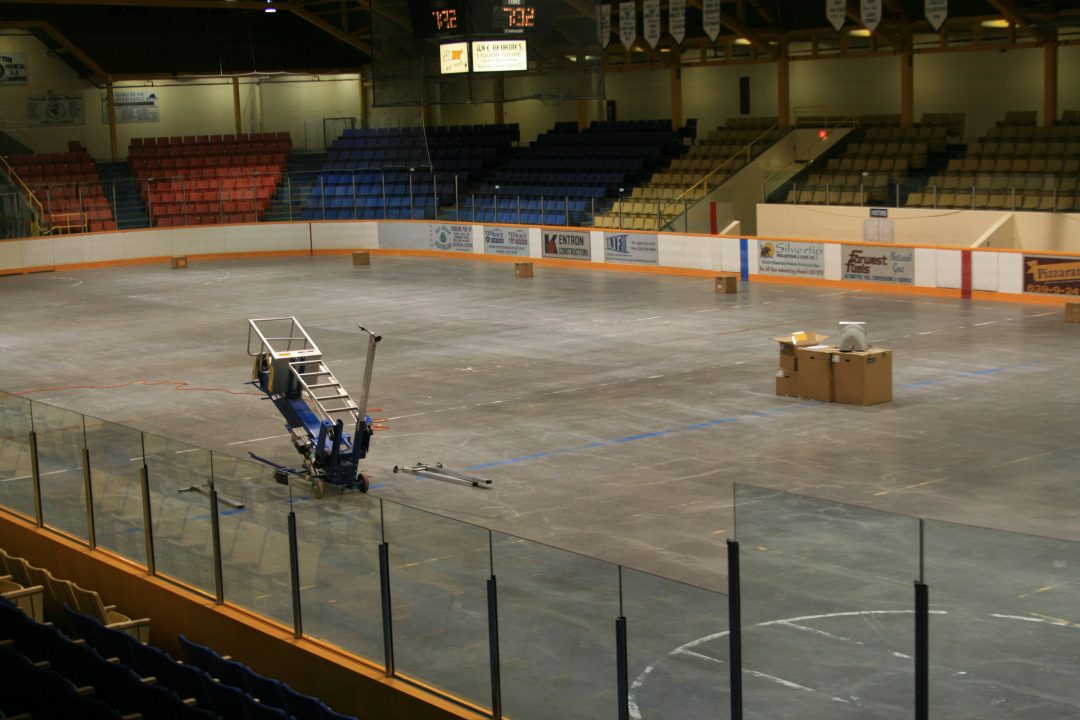 In 2013 Sound Solutions was hired to install a council chamber sound system as the council chamber space had been renovated and expanded. We installed a TOA wired council chamber system, two wireless mics and a public gallery speaker system. An audio output was also sent to the local cablevision company so that the audio and the cameras could be streamed online. 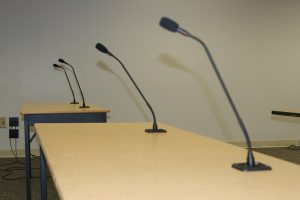 The TOA TS-770 is a basic wired council chamber for smaller applications, where running wires between the desks isn’t an issue. It’s a straightforward to use, reliable system, with gooseneck mics for each council member, and the chairman or mayor has an override button to take priority over the regular council microphones.

Two handheld Audio Technica 2000 series wireless microphones are used for question and answer sessions, so that the general public can speak, and the wireless mics are also used for presentations with the video projector system. Four speakers over the public seating area allow everyone to clearly hear the proceedings. 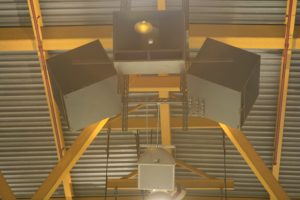 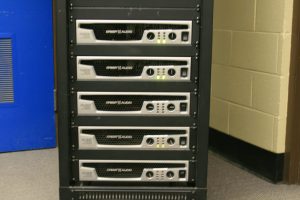